The heart of the global lottery industry

This story first appeared on eNCA.com on Tuesday 15 August 2017.

If the global lottery industry is a living organism, a strong argument can be made that its nerve center is Basel, Switzerland.

There, on Lange Gasse 20, stands the headquarters of the World Lottery Association(WLA). Since its inception in 1999, the self-described lobbying group has sought to fulfill its mission of supporting state lotteries’ growth around the world and upholding standards of ethical conduct, charitable giving and responsible gambling.

Heavily backed by eight major lottery companies, the WLA appears to be succeeding in at least its growth objective. Worldwide lottery revenue surged from $160-billion in 2003, shortly after the organisation began, to $293-billion in 2014. Association members accounted for 93 percent of that revenue, according to the Global Lottery Data Compendium 2015. The organisation said in a statement that it has certified 55, or more than one third, of its member lotteries at the highest level of its responsible gambling program. It asserts on its website that all members contribute the majority of net revenues to good causes.

But a national survey of American state lotteries by PennLive and students from the Columbia Journalism School raises questions about the association’s gambling certification program. A document from the Illinois Lottery, a WLA member, appears to contradict the organisation’s assertion about the percentage of charitable cause donations. And the association’s location in Switzerland, a country with few disclosure requirements for non-profit associations, seems to go against the organisation’s stated commitment to transparency for its members

Jean François Tanda is a lawyer who works as a reporter based in Zurich, Switzerland. 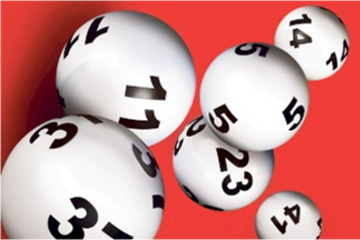